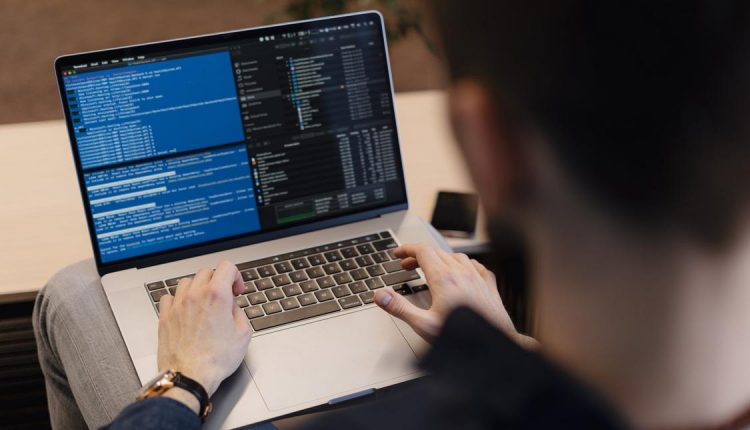 List of the 9 Best Free Python IDE Programs for PC

Before talking about the best free Python IDE programs for the Windows operating system, let’s talk a little about the Python programming language and the necessity of installing a Python IDE on your PC.

Python is a free programming language that is used in so many programs made for different operating systems as well as websites and online tools. Python is made for general purposes and you can use it for whatever kind of goals you have and you don’t have to use it only for special types of activities and purposes.

Python is an easy-to-learn language and this is one of the reasons for the popularity of this programming language. In addition, you can make different kinds of programs and applications using it. Python is among the top 3 most popular programming languages worldwide between the developers.

As mentioned previously Python is mainly used for making software and websites. There are a wide range of software you can make using Python such as: task automation, scripting, data analysis, Artificial intelligence (AI) etc.

For making programs and applications using Python, you can benefit from IDE software. IDE is an integrated development environment that is used for making programs and the main feature of an IDE is mixing all tools and features that a programmer needs within a beautiful, user-friendly interface to make the difficult task of programming much easier.

There are so many different types of Python IDE Programs and each of them has special features beside some common things they all offer. For example, some of them are used for: teaching/learning programming, Python and Jython Editing, code-completion, syntax highlighting, debugging, code completion, code navigation, unit testing, designed by and for scientists, engineers and data analysts etc.

In this article we are going to introduce some of the best free Python IDE tools for the Windows operating system which makes the python programming more easier and joyful for you as a developer.

IDLE (Integrated Development and Learning Environment) is the default and official Python IDE which is available for multiple operating systems as Windows, Linux, Mac OS X/All, Tk Platforms and as it is integrated in Python, you don’t need to download and install it separately.

IDLE is a free and open sourced Python IDE that uses Multi-window colorized source browser, lets you search in files, gives you tooltips and makes the debugging process easier for you by the use of debugger.

Beginner programs get the most out of IDLE as it doesn’t offer so many tools and confusing features and it’s a good Python IDE for starting the programming. IDLE highlights the syntaxes for you to navigate and follow the codes easier.

IDLE allows you to run the program anytime you would like if the program is runnable. You can customize the interface of IDLE through the Configure IDLE tool by letting you change: fonts, text color themes, startup windows and size, indentation, key bindings, additional help sources etc.

Thonny is another completely free Python IDE Program which is built-in for Python 3.7 and later versions. It’s a great choice for beginner python programmers and helps them to learn programming by bringing an interesting interface.

Thonny has a very simple interface when you run it fresh to prevent any confusion for beginner users but customizations can be made to have a richer environment.

Thonny IDE is cross-platform and can be used in different operating systems as: Windows, macOS, and Linux Oses.

The main features of Thonny Python IDE can be explained as:

PyCharm is another powerful free Python IDE for Windows, macOS or Linux operating systems. PyCharm has a totally free to use community edition and another professional edition which is paid and has more features compared to the free version.

PyCharm can  handle multiple python programs and codes effectively in different tabs and it allows programmers to access internal and external libraries easily.

It is an intelligent Python IDE with syntax color code support and other useful tools that lets you run the coded programs without needing any third-party applications. PyCharm supports Git so you can create Git repository projects and share them with others.

PyCharm has a built-in debugger that looks at the written code and debugs it line by line to lift the difficult task of debugging off the developer’s shoulders.

The main features of the community edition of PyCharm free Python IDE are as below:

Atom is a free and  open-source  text and code editor for Windows, Mac OS and Linux operating systems that supports so many languages including Python.

The emphasis of the program is on the text editing but it is a powerful Python IDE too. Atom Works with Git and GitHub directly within the program by using the appropriate plugins for it.

Atom has a nice, clean and tab based interface and the interface can be customized using the themes which can be created and shared with all users around the world.

The built-in smart auto completion helps you create the content faster in addition to being able to open multiple panes and work on different files at the same time.

Atom uses a package manager which works within the application without needing to visit any website using web browsers.

Visual Studio Code is a free and open-source IDE created by Microsoft for writing different languages and it supports Python too.

Visual Studio Code has all standard features a Python IDE must have and it has some more features too in some cases compared to some other IDEs.

The debugger allows the programmer to debug the codes in a simple environment. Visual Studio Code works fine with Git by letting you review or edit the codes right within the editor.

Visual Studio Code can be customized by installing extensions, new languages, themes, debuggers by connecting to the additional services.

Komodo Edit is a powerful and user-friendly Python IDE which has different license types and can be used freely for personal use too. It supports Windows, Linux or macOS operating systems.

komodo Edit is a Multi-Language editor with default standard features an IDE must have like auto-complete and calltips.

Komodo Edit supports multiple projects and the user-friendly interface lets you customize it by using different skins and icon sets.

Komodo Edit has the ability to be integrated with  Grunt, Gulp, MPM, Yarn, etc. The live previewing feature allows you to easier track the codes and debug it while you can see the changes immediately.

Spyder is a free, open source and powerful Python IDE.  It mainly is designed for scientists, engineers and data analysts.

Spyder comes with Anaconda, which is well-known for data science and machine learning. As most other IDEs Spyder supports automatic code completion and splitting.

PyScriptor is another free and open source Python IDE that enables you to create and edit existing python codes using its rich environment.

As other IDEs it has syntax highlighter and code debugger. PyScriptor has a code runner that lets you run the coded programs from the application.

This powerful and simple Python IDE has the ability of creating and working on different projects simultaneously.

some of the other features of PyScriptor can be explained as:

Jupyter is a free IDE which is one of the most used applications in the data science field. It is an easy to use and visual code editor with so many features to bring a joyful programming environment.

It completely supports numerical calculations and machine learning projects. Jupyter lets you combine code and images into a project to make them more interesting.