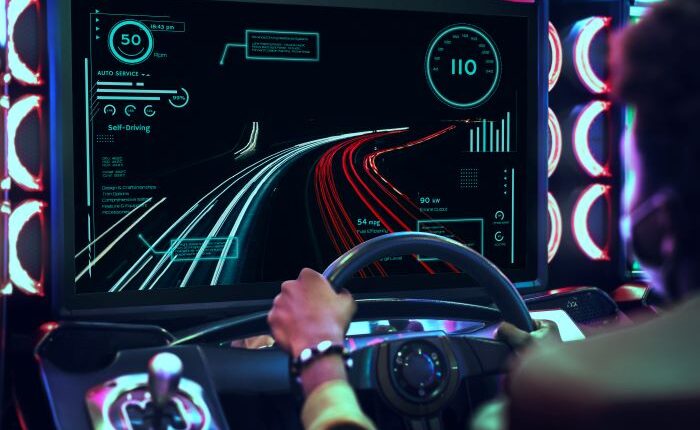 Before talking about the ways to speed up/slow down a video, let’s talk about the importance of videos in our daily life. Watching videos is a part of people’s lives. Almost all people around the world watch videos on daily basis. It could be watching TV, videos through online video sharing services, social media and etc.

In addition to being fun, watching videos has educational benefits too. For example, one of the best ways to learn a new language is to learn it through watching videos. In many cases, especially for new language learners, they need to slow down a video to understand it better or focus more on pronunciation.

Sometimes it is needed for advanced language learners to speed up a video to challenge themselves and find out if they can understand the target language in a faster speed.

The advantages of watching videos for educational purposes are not limited to language learning. Videos are much more joyful and engaging than books and pens. It is beneficial to teach students through videos instead of focusing on printed material only.

Another good aspect of learning through videos would be its portability. You can watch videos or listen to audio files anywhere but you can’t read books at every place. Portability of video materials makes it a good resource for learners who want to be in touch with educational resources more often.

You can pause, rewind, skip a video tens of times without getting bored which is rare with books. Learners become more and more familiar with up-tp-date technologies and opportunities that newer technologies brought to them by watching videos.

When you watch a video for entertainment for instance, watching a sport competition, you may be interested to slow down it or speed up the video. There are so many times that you need to have more control over the video that is being played.

We gathered the bets possible ways to teach you how to slow down a video or speed it up in different platforms like Windows, Android, Linux, Mac OS and etc.

VLC media player is the most popular video player with limitless possibilities. You can almost do anything regarding your media files using VLC media player. VLC is one of the software you must install on Windows if you have bought a new PC or installed a new fresh Windows.

It is easy to control playback speed in VLC media player. You can easily speed up or slow down videos on VLC effortlessly. You can set a default playback speed in Tools -> Preferences menu VLC and it will be used for all current and next vides you are going to play with VLC or you can also set different play speed for the video that is currently being displayed in VLC.

There are various methods to change playback speed in VLC:

Using Shortcuts: there are some predefined keyboard shortcuts to control video playback speed in VLC. They are as below:

Through VLC ‘s Menu: To speed up videos or slow down them from VLC’s menu, you can follow these steps:

Using Playback Speed Slider: This option allows you to fine-tune video playback and hear the tiniest details. Using this option you will be able to speed up a video to 1/10th fractional units.

To become a famous video player as Potplayer should has good reasons and the reasons regards possibilities of it. Potplayer lets you have a joyful multimedia playback experience; you can do a vast majority of tasks using it.

One of the things you can do when you playback your videos using Potplayer is having full control over the playback speed. To increase or decrease the speed of a video using Potplayer you have two options as below:

Using Potplayer’s Control Panel: To change playback speed in Potplayer without using shortcuts, you can always click on Control panel icon and in Playback section you can set playback speed to faster, slower or default. It is shown in this photo:

SMPlayer is another media player based MPlayer with more features that uses a few hardware resources with all features you would expect from a media player. It can play almost all video and audio files and is compatible with most codecs packs.

This online tool lets you increase or decrease the speed of a video with the least number of limitations. In addition to changing playback speed you could add elements like texts, images and effects to your videos. To do so you only need to have an electronic device (mobile phone, computer, tablet or etc.) with an internet connection.

It supports both redirect uploading from your device or from remote URLs as well as some online storage services.

After your video has been uploaded, you set your new desired video playback, set encoding format which could be MP4, MOV, AVI, 3GP and etc. Then it converts and gives you a new video.

Online Video Cutter from 123Apps doesn’t add any watermark to your videos and accepts uploading of video files up-to 4GB which is quite good. It converts them fast so you shouldn’t wait so long for the conversion.

Ezgif is an online and free-to-use tool to change video playback speed. This website allows you to speed up a video and play it on a accelerated speed or slow down a video and play it in slow-motion mode. It lets you upload videos from your local computer or using a remote URL.

Ezgif supports many video file formats like: MP4, WebM, AVI, MPEG, FLV, MOV, 3GP and etc. To change playback speed using this online tool, you just need to upload the video and set a a speed multiplier and you will get your video with your new playback.

Ezgig allows you to change the speed of an audio to same level of new video playback’s speed; don’t change it and keep it as original or mute the sound totally.

In addition to changing video playback speed, Ezgif lets you convert your videos to JPG or PNG format too. The only downside of this tool is limited upload size which is 100 MB.

Online Converter is a handy online tool to speed up or decrease the speed of videos freely on all devices and operating systems. The audio playback speed will be changed proportioned to the video and you won’t have time difference between video and audio.

Online converter has other services for your video files too. It lets you compress, merge, resize, cut, rotate, flip, watermark, repair, brighten and stabilize videos. It also lets you synchronize audio and video, add transition effect, add Background to Video, add Image to Video and etc.

Another online video editing tool that can speed up your videos or slows down them according to your needs. It lets you have custom video playback speed adjustments. Various video format as MP4, MPEG, AVI, WMV, GIF and etc. are supported.

It gives you a safe environment for uploading and downloading your video files. The limitations for free users are 40 minutes maximum duration of every video and 720P resolution at most for uploaded videos but you should be a registered user even to use free tools.

Kapwing is an online video playback speed changer that gives you the ability to upload your videos from local device or from a URL and speeds up or slows down it according to your needs.

Supported file types are AVI, MP4, MOV, and 3PG. It can lower the speed of video as low as 0.25x for slow-motioning the videos and as high as 4x for highest playback speed. It is a free online video converter without any ads or watermarks in your videos.

The limitations of free members are 250MB file upload limit, exporting videos up to 30 minutes ,and 3 hours of converting per month.