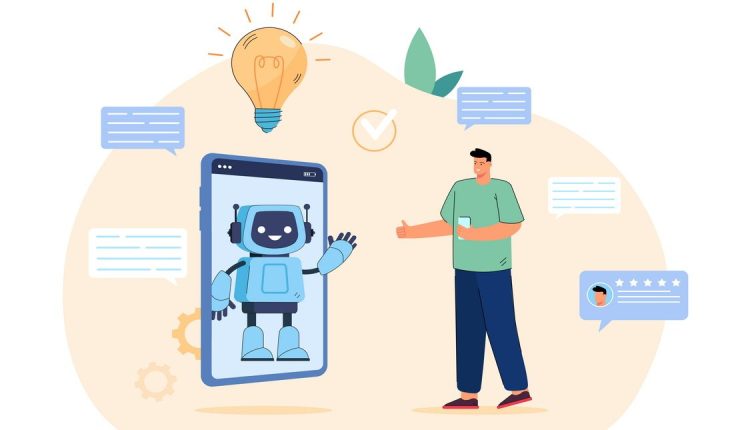 A boom in machine learning technologies and artificial intelligence systems (AI Services) based on neural networks has led to the emergence of many innovative applications and services on the software market, superior to the functionality of superior classic software solutions. We studied the range of« smart» products and chose the most original designs among them.

A system based on artificial intelligence that can provide advice on writing code to software developers. It is the result of the joint efforts of Microsoft and the startup of OpenAI, which is engaged in research in the field of electronic mind technologies.

Github copilot relies on an impressive knowledge base in various programming languages, algorithmic rules, principles and methods of software development.

The tool acts as a partner of the programmer: it analyzes the existing and typed code, comments on it, the location of the cursor and offers, depending on the context, tips for finalizing certain lines and functions.

As the programmer accepts or rejects the offers that form the basis of the AI model service, adapts to the developer style and becomes even more intelligent over time.

Copilot is integrated with the GitHub repository, which is widely in demand in a professional environment, and can be used in the development of Visual Studio Code, Neovim, JetBrains. The system supports almost all popular programming languages, but it works best with Python at the moment, JavaScript, TypeScript, Ruby and Go.

An online translator supporting 26 languages and 110 translation directions ( language pairs ). A feature of DeepL Translator is an advanced AI engine, the neuroses algorithms of which are trained on the basis of millions of translated texts of various subjects and can not only capture the connection between words, but also « understand » the meaning of the sentences.

Due to this and knowledge of linguistic nuances, the most accurate and correct translation is provided for each subject area, the quality of which is confirmed by numerous comparative tests and user reviews.

The service allows you to process both regular texts and PDF files, Word ( .docx ), PowerPoint ( .pptx ) while saving document formatting. You can interact with the translator both from the browser and using client applications available for Windows, macOS and iOS.

The free version of DeepL Translator has a number of limitations, including the number of characters and the volume of translation. For full use of the service, it is proposed to issue a subscription, the cost of which starts from 6 euros per month.

An API interface for embedding an interpreter in third-party software products is also available.

The application analyses the sample using AI algorithms and gives the probability of the presence of respiratory diseases.

Mobile development of SberMedAI ( is included in the ecosystem « Sbera » ), which, using a smartphone, analyzes the sounds of breathing and human coughing for the presence of patterns characteristic of coronavirus.

AI Resp uses an AI model trained in 3,000 anonymized records of patients with COVID-19 patients, and its accuracy in determining the disease reaches 82%. Despite such a high indicator, the developers honestly warn that the program is not a diagnostic tool and cannot replace classical laboratory tests, so when the symptoms of coronavirus appear, you need to consult a doctor.

Due to the fact that the Google Play and App Store app stores impose certain restrictions on the mention of COVID-19 in the product name and description, the AI Resp interface deals with respiratory diseases in general.

It should be borne in mind that the neural network of the program is trained on the samples of breathing and coughing of patients with coronavirus, and its main purpose is to diagnose this particular disease.

Another mobile tool subordinate from « SberMedAI », which, based on downloaded photos, assesses the likelihood of a pathology of 7 common skin types. AI Skin is based on artificial intelligence algorithms, and the information provided by the program is exclusively advisory in nature and is not a medical report.

AI Skin recognizes intraepithelial carcinoma, actinic and seborrheic keratosis, basalioma, dermatophibroma, melanocytic nevus, melanoma and vascular rashes on the skin. To conduct diagnostics, you must use a smartphone to photograph a damaged area of the skin and upload the image to the application.

The resulting image of the AI engine of the program compares with the base of several thousand clinically confirmed cases of skin neoplasms and gives the result in percentage terms. For accurate diagnosis, it is recommended to consult a doctor.

A software development for working with graphics that allows you to turn rough drafts into realistic landscapes through artificial intelligence, trained more than 5 million images.

To work with NVIDIA Canvas, no artistic skills are required to count: just draw simple figures and lines with the mouse using a set of brushes that simulate real textures — grass, clouds, snow, sand, stones, etc. Based on the sketches, the application instantly creates images in accordance with the user’s plan.

In total, the program supports the overlay of nine styles that change the atmosphere of the image, and the use of twenty brushes.

The result can be saved as a PSD file for additional processing in Adobe Photoshop. The application is distributed free of charge, but not every computer is suitable for working with it.

Another NVIDIA company using AI algorithms is made in the online service format and allows you to retouch images using the « smart » brush. Image InPainting is able to repair damaged images with defects, can remove unnecessary objects in the photo, finish the missing fragments, and also smooth the selected areas.

As with the Canvas program mentioned above, the user only needs to manipulate the — brush when working with the service, all other operations with graphics are performed by artificial intelligence.

Development of engineers of the Meta artificial intelligence laboratory* ( formerly known as Facebook*), which animates children’s drawings. The system analyzes the image, creates a primitive « skeleton » character painted on it and makes it pretty believable to move.

Animated Drawings uses any anthropomorphic creature pattern as input. It is enough to scan or photograph the image, then load it into the system, and then wait for the — figure model to be built to recognize the structure of its limbs and joints, on the basis of which animation will be built. If necessary, the result can be manually adjusted.

After that, it will only be possible to choose any of the available animation schemes and get a ready-made animated video at the exit, which can be shared with family or friends.

By words developers, the Animated Drawings project is another step towards creating artificial intelligence that can see the world like a person. In the future, the creators of the system are going to talk more about it.

How to Prevent Phishing Scams? What if you enter your…