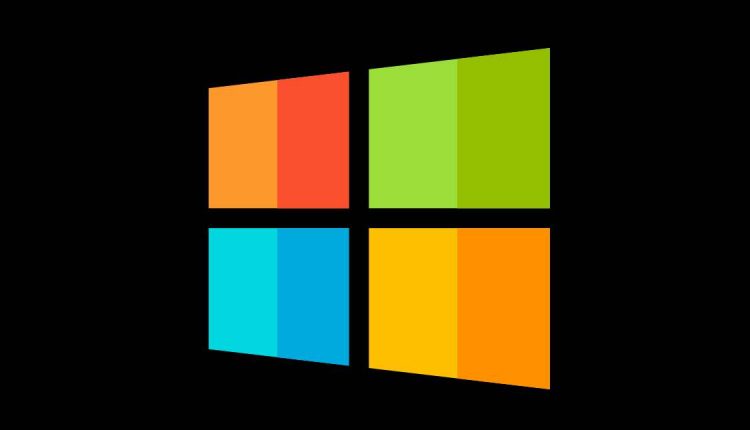 Microsoft’s Windows OS has been leading the global personal computer market for over 35 years since Windows 1.0 was released in 1985.

Although the Windows OS has the overwhelming market share in the world, the road to achieving this feat has never been easier.

In this article, we’ll take a closer look at each version of the Windows OS throughout its more than 35-year history.

What is Windows OS?

Windows is an OS (operating system) developed by Microsoft.

The OS is software required to operate a computer and has the role of managing and controlling the entire computer.

A computer without an OS is just a lump of metal. Computers can function because they have an OS.

According to the American research company Net Applications, the share of OS as of October 2020 is as follows.

What is Microsoft, the developer of Windows OS, up to?

WindowsOS was developed by Microsoft Corporation in the United States.

Founded by Bill Gates and Paul Allen in 1975, the company sold the OS “Windows” for personal computers in 1985.

In addition, it is a global company that is expanding its business widely, such as the business application “Microsoft Office”, the web browser “Internet Explorer (Microsoft Edge)”, and the home video game console “Xbox”.

If you’re in your twenties or thirties, the Windows OS has been around since you got the hang of it.

Its history dates back to 1985. Let’s take a closer look at the history of the Windows OS by version.

Windows for personal computers includes the following series: from the original Windows 1.0 to the latest Windows 10.

The first memorable version of the Windows OS was released in June 1985.

The first Windows was the one that ran on DOS. DOS is an abbreviation for Disk Operating System and is a general term for operating systems for managing disks such as floppy disks and hard disks.

If you don’t understand, it’s okay if you understand it as an old OS.

Windows 1.0, which had been a hot topic even before its release, was advertised by TV commercials. However, in reality, the performance was not very good because it was the first stage and the reputation was not good.

The big change from Windows 1.0 is that the screen has changed from the tile type to the overlap type. As a result, it is now possible to “display multiple windows (screens) on top of each other,” which is now commonplace.

In addition, the function improvement has eliminated the weight of operation, which was a problem in Windows 1.0, and speeded up the process.

Windows 3.0, which was released in May 1990, runs on DOS as well as the previous version.

With the following additions to Windows 3.0, it has become popular in the United States as a more practical Windows OS than before.

This version has multimedia (video and audio) functions. It is more stable and more practical. These improvements are also said to have triggered the expansion of the Windows OS from the business market to the entertainment market.

The “Windows NT” series is the direct ancestor of the modern Windows OS.

Released in 1995, Windows 95 is a Windows 9x-based OS that inherits the performance of Windows 3.1 and has been developed with improvements.

It is from Windows 95 that various useful functions that are still used on a daily basis, such as the Start button, menu, taskbar, and window maximization and minimization, are installed.

Windows 95, which has improved functionality and practicality from previous versions, recorded sales of 4 million units in the four days after its release. It has gained a position as a standard for OSs developed after this.

Windows 98, which was released in 1998, is a further improvement of Windows 95 for individual consumers.

In addition to improving overall performance, it features DirectX 5.0, USB, DVD, and multi-monitor support. We have recorded high sales as a stable OS.

Windows 2000 is an OS built on the basis of Windows NT 4.0, which has excellent stability and robustness.

On the other hand, the fact that it was judged not to be for individual consumers will lead to the development of Windows ME, which will be introduced next.

ME is an abbreviation for “Millennium Edition”. It is an OS that was released in a hurry because Windows 2000 was positioned as a business OS.

As a result of pursuing versatility in a short development period, Windows ME had many bugs and frequent crashes. Although it has a gorgeous name, called Millennium, the evaluation was not good as an unstable OS.

Windows XP, released in 2001, is a long-selling OS that has been loved by many users for a long time, completely changing from the unpopular ME. XP comes from experience.

Windows XP integrates the stability and robustness of the NT system with the versatility and operability of the 9x system. Various improvements have been made, such as a redesigned appearance.

After the success of Windows XP, it took five years to develop Windows Vista, which was released in 2007. Many new features have been added, and the screen design has changed significantly.

While it was able to give the user an impression different from that of conventional windows, it was evaluated as “difficult to use” because the operation procedure had changed.

In addition, it is said that the operation has become heavier due to the rapid increase in specifications such as strengthening of security functions and improvement of GUI, which are also causes of notoriety.

Windows 7 was released in 2009. As a result of spending a long time, it is an OS that has been evaluated as “this is what it should be” by improving Windows Vista, which ended in a misfire.

In 2012, Windows 8 was developed and released while smartphones and tablets became widespread.

We focused on supporting touch screen devices with an awareness of tablet terminals, but it seems that many people said that the previous design was better because of the overly novel design, such as the abolition of the start button.

By the way, the Start button and Start screen have been revived in Windows 8.1, which was later developed as an updated version.

The rolling release model has been adopted, and in the future, updates such as function improvements and new function additions will be made free of charge through Windows Update.

Although Windows 10 will continue to be updated, there will be no major updates as before. Regarding this, Microsoft developer Jerry Nixon, his evangelist, states that “Windows 10 is the last version of Windows.”

In terms of functionality, the Start menu, which was once deleted in Windows 8, has been restored. Advanced features such as the voice recognition assistant feature “Cortana” have been added.

A personal computer that even has the image of being able to do anything, such as the Internet, editing photos and videos, and web conferencing. However, this has to be said to be the result of many years of efforts by many developers.

The Windows OS has been added to and improved over the years. I’m looking forward to what kind of functions will be added in the future.

How to Format USB Flash Memory in Windows and Mac