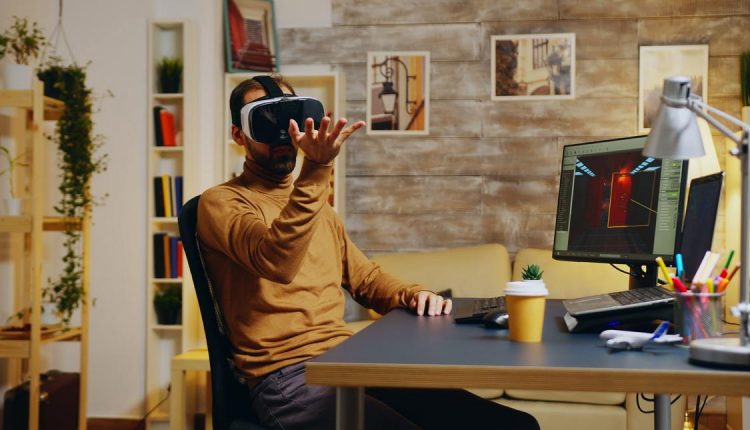 In this article I will introduce the 5 best recommended programming languages ​​for game production in five parts in addition to introducing different game types you can go for.

C is one of the most widely utilized game programming languages. As a result, game frameworks like Unity and MonoGame, which are best for C# game development, have emerged. A framework for exporting and distributing games for a variety of platforms has been established.

MonoGame’s portable platforms, for example, are:

C ++ is a kind of “upgraded version of the C language” that adds numerous functions to the C language. While there are many things that may be done, it is also known for being a difficult language to master for beginners.

By the way, the C language, C++, and C# are all distinct languages.

Although C++ has an obscure language specification, game developers choose it because it is good at hard control and has a rapid execution speed. Hard control is a phrase that refers to managing how much memory is assigned to which process and is mostly utilized in sectors like home appliances and automotive navigation systems.

In other words, processing may be done effectively and rapidly by assigning a limited amount of RAM for lightweight processing and focusing on heavy processing.

To put it another way, if you design a game in C++, you can avoid processing errors.

As a result, C++ is still widely employed in the game development industry.

Lua is a scripting language that is popular among game creators due to its compatibility with C. A scripting language is one that can be run right after the source code is written, rather than needing to go through the process of “compiling” it into a machine-readable language.

Although the C language must be compiled, Lua is ready to use.

You can also develop quickly while using C because you can call C language functions from Lua. It has been used in the creation of image processing software, in addition to game development. Adobe Photoshop Lightroom is the representation.

Lua also offers a framework for 2D game development, which allows even novices to create games right away.

As a result, it’s a language that’s frequently used while creating web games and when learning game development for the first time.

Because it employs a significant number of programmers and is extremely adaptable, JavaScript has a great number of frameworks.

Due to the speed with which smartphone games may be generated, they are sometimes used to create rapid mockups (demo) prior to full-scale game production.

The greatest programming language for iOS and macOS apps.

Originally, the Objective-C programming language was used to create iPhone apps, but programmers were concerned about the language’s complexity and “uselessness outside of iOS app development.”

Swift has a more current language than Objective-C, and therefore may be easier to debug. Because the language is so simple and straightforward, it is frequently used in children’s programming classes.

Shooting games, RPG games, and other iOS and macOS games may all be made with Swift. Not for people who want to make internet games or virtual reality games, but for those who want to make game applications for smartphones.

If you want to become a game programmer, you should be familiar with different kinds of games and know what type is your target. Here we list main different types of games.

A charge structure must also be developed. The majority of smartphone games are free to download and install, while there are item and stage fees. To put it another way, a level design is required to “feel free to install and get hooked.”

A browser game is one that is played using a web browser like Google Chrome or Mozilla Firefox.

Because browser games use HTML5 and JavaScript, they can be played on any device. In other words, the selling feature is the great adaptability that may be viewed and played without downloading from a PC, smartphone, or tablet.

It’s also a plus for developers since they don’t have to test the function on particular terminals like iPhones for iPhones and Androids for Androids.

Learn HTML5 and JavaScript and strive to grasp the Canvas API if you’re making a small web game.

When it comes to teaching resources, the W3C Schools’ “HTML Game” is recommended. The W3C is an organization that promotes WWW (World Wide Web) technological standardization. Because this course is run by the W3C, all of the relevant approaches are covered.

As a result, video games are essentially businesses, and it is the norm to launch a business and build a staff after setting a budget.

In both aesthetics and code, no sacrifices are permitted while creating a full-fledged consumer game. Users will be disappointed even if the images are superb if the processing fails, and vice versa. If required, outsourcing a portion of the job process is also an excellent option.

We advocate knowing C and C++ in addition to Unity for consumer game production.

It is easy to export the produced game to customers by studying Unity and C #. However, as I previously stated, the fundamental thing for consumer games is pleasant and high-quality functioning. For this reason, it is important to “speed up” rather than simply “move”.

You may load code written in C or C++ and do performance optimization in Unity using the “Native Plugin” method. The learning curve will steepen, but if you’re working on a consumer game, study with the mindset of “making an overpowering, high-quality game.”

A VR game is one in which you play in a 360-degree virtual area while wearing VR headgear like the Oculus Go.

When compared to standard 2D and 3D games, the advantage is that you may feel immersed in the game’s universe.

Even if you design a 3D game in Unity, exporting at a high resolution and refresh rate that will endure VR play is nearly impossible without a VR Ready PC.

It is also possible to make a game without programming

Some game developers would say, “I want to concentrate on planning, graphics, and monetization.”

Even if you want to focus on planning and graphics in the future, it is suggested that you be able to generate mockups yourself if you become a game developer.

This is because “difficulties in operability” and “the excellent or bad of the project itself” are only known through playing the game. Also, if you create a game production company and get financing, having a mockup makes it easier to describe the game’s contents to investors.

This is where tools that allow you to create games without having to program them come in handy.

Introducing tools that can be created without the need for code.

GameSalad is a drag-and-drop game development tool that integrates web functionality. The evaluation version is positioned as a 15-day free trial version of the basic version, which is priced at $29 a month. The monthly fee for the Pro edition is $30.

You can’t develop what you can’t do on GameSalad because there’s no source code editing capability.

If you have a template that suits your game, simply set the material to merge and the behavior or behavior of that material. The mockup is finished.

If you’re thinking about building a game in the future, you should look for a similar GameSalad template first.

Create a mockup using GameSalad if there is something similar to the template. Based on the mock, it is suggested that it be implemented in earnest, utilizing game development programming languages and technologies such as C# and Unity.

We discussed the best game creation languages and tools, as well as services that let you make games without programming.

Create a fake by utilizing services like GameSalad if you have no programming skills. Then, for the production game, study the language and structure that best match the game you want to produce.