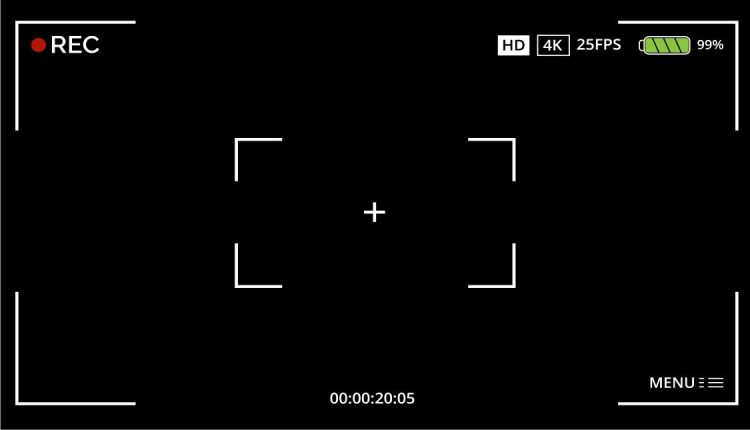 Before talking about Mac screen recording software, you might have heard these from Mac users.

“I want to record the screen for a long time on a Mac.”

“Is there any software that can smoothly capture video on a Mac?” Are you thinking like this?

In this article, we will introduce 9 best mac screen recording software and the features of each software are explained.

How to record Mac screen for a long time

Use snapshots (start with “shift + command + 5”) or QuickTime Player to capture your computer screen on a Mac.

There is almost no time restriction when capturing screens using QuickTime Player. You may record the screen for a very long period of time if you have the storage space for the captured data.

Its drawback is that its functions are constrained because it is still included as standard equipment on the Mac. It is advised to utilize screen recording software if you wish to take a video capture more fluidly.

Please refer to the following articles as well if you want to learn how to use Mac’s built-in screen recording feature.

Aside from the standard Mac features, there are numerous Mac programs that can record screen activity.

Among the many, we will introduce the screen recording software that we especially recommend, regardless of whether it is free or paid.

On both Mac and Windows, DemoCreator is a screen recording program.

It has straightforward operation, and after running the program, you may start recording the screen right away by pushing the record button.

When making a live video, connecting a webcam to your Mac is advised since you can record both the Mac screen and the camera simultaneously.

In the free version, the logo is added to the data that is recorded, but in the premium version, it may be taken off. Individuals can purchase the paid version for $45 for the one-year plan or $69 for the perpetual license.

The audio data is captured in the MP3 format, and the output format is mp4/mov.

A free screen recording program is oCam. The capability is the ability to easily adjust the screen size and position of the recording screen. The timer feature may also be used to set a recording duration restriction.

The fact that the advertisement is visible in the operating window, however, is a drawback.

You may record screens for free online with the screen recorder offered by Apowersoft.

By clicking the record button on the official website after installing the starting utility, you may begin recording right away.

It is perfect for recording and archiving live videos of language classes and programs for a long time because there is no time restriction on the recording.

You must first ensure that you are linked to the internet because recording is not feasible without an online environment.

Mac users may capture their screens for free with Jing. Although it has great operability, since a video may only be shot for a maximum of 5 minutes, it is not suited for people who wish to record on the screen for an extended period of time.

Because you can simply record the screen with a simple action, it is advised when you need to capture the screen rapidly.

You may effortlessly add arrows and text to still photographs that you’ve taken, in addition to shooting videos.

But only SWF is supported by the recorded data format. You require a different video converter in order to save in a common format like mp4.

The Movavi Screen Recorder is a multipurpose screen recording program that allows for both recording and editing. In addition to the free version, there is also a premium version that is appropriate for lengthy screen recordings with no time restriction (5,500 yen including tax).

For those who wish to record live games, recording is advised because it allows for both screen recording and webcam capture.

Even though it’s easy, you may modify the captured data to remove extraneous material and get a lean video.

Additionally, you may publish the captured material to Google Drive or YouTube and share the link with your loved ones. SNS may also be used to share screenshots.

A screen recording program for Macs is called Debut.

You may take a screenshot of your computer screen, capture a webcam feed, or even use a network camera feed.

Additionally, it is perfect for live video games since it is possible to record with the computer screen and the web camera screen overlapping. You can record the screen for a very long period of time because there is no time restriction on the recording.

It is only available for free for personal use. But bear in mind that after the cutoff, the functionality will be restricted.

Among others, the output format supports mp4, avi, wmv, and flv.

A multipurpose video processing program with easy operation and comfortable use is called VideoProc.

It is simple to use, even with modest specs, since our unique technology reduces the processing burden on the CPU connected to recording processing.

Data that has been recorded can be transformed so that it will playback best on gadgets like iPhones and Android smartphones. Additionally, it has a number of features, including GIF generation, noise reduction, lens correction, and camera shaking correction.

A free version of VideoProc is also available, although it has limitations of up to 5 minutes and a watermark logo.

The output file may be played by more than 370 different codecs, including mp4, flv, wmv, and avi.

When utilizing it, installing the startup tool is sufficient. You may then begin recording by clicking the record button on the Showmore website.

It is recommended for creating live gaming and instructional videos because it also allows webcam shooting and audio recording.

Although you can use it without being a member, you should be aware that watermarks will be mixed in. The recording period will be infinite and you can record the screen for a long time if you sign up to be a VIP member (paid, 3 options are available). No watermark is present.

Among others, the output format supports mp4, avi, mpeg, and vob.

On both Windows and Mac, Camtasia is a program for capturing and modifying screen activity.

From screen recording to editing and exporting, Camtasia has all you need to do the job. Additionally, the usage process is simple and easy to comprehend, which is a wonderful feature because even beginners may utilize it without difficulty.

However, since there aren’t many effects that can be added to videos, we advise those who wish to make intricate videos to use a separate editing program.

The length of the recording is not restricted, but it is advised to keep it to no more than one hour. As a result, you might wish to use different software if you want to record the screen for a lengthy time—for an hour or more.

In this article, we have introduced the recommended Mac screen recording software.

Each software has its own characteristics, such as whether it is suitable for long-time screen recording, whether it can edit recorded data, and whether it can be recorded simultaneously with a webcam, so choose the one that suits your needs.