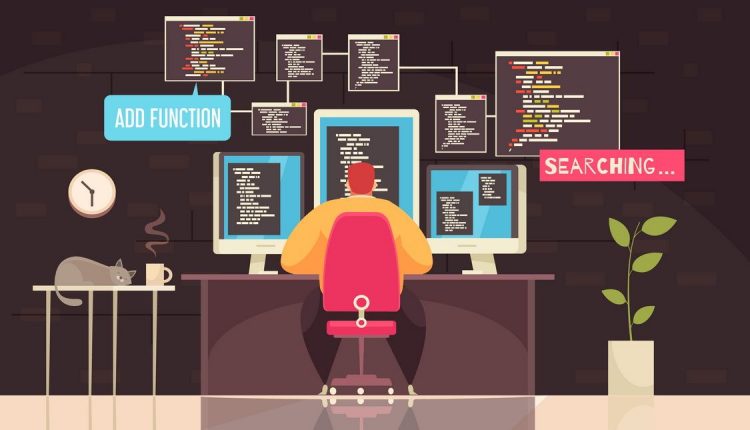 “I’d want to learn programming in order to increase my productivity at work.”

Even if you identify with the above and desire to learn programming, many individuals are unsure of which language to begin with.

As a result, in this post, we will discuss the top ten programming languages that beginners should learn in 2022.

In first place is Python, one of Google’s three major languages.

It is used for AI development and scientific and technological calculations, and is becoming more popular worldwide. In addition, it is also attractive to be used for web scraping and business efficiency.

In the library section, Python data science libraries (NumPy, Pandas, TensorFlow, etc.) are ranked in the TOP10, and you can see the high demand.

What you can do with Python

Python is a language often used in the fields of AI (artificial intelligence) and IoT (internet of things), which are constantly evolving. For example, it can be used in the following cases:

As mentioned above, it is highly evaluated as a language that can be used for a wide range of purposes, and it can be said that it is also a recommended language for people who want to create web applications.

Since Python is a scripting language, it is highly readable and the grammar is easy for beginners to understand.

Since the population is large and there are many convenient libraries, the learning difficulty is not so high.

JavaScript is a scripting language often used when developing websites and web applications.

In Web production, it is a language that should be suppressed as a set with HTML and CSS, and there are a large number of JavaScript-related development projects regardless of whether they are sponsored by a corporation or an individual.

Also noteworthy is the JavaScript execution environment “Node.js,” which allows JavaScript that normally operates only on a browser to access the OS.

This enables server-side development with JavaScript, and it has been established as a language with a wide range of uses, which is also the reason for its high ranking.

What you can do with JavaScript

JavaScript is a language for adding motion to web pages. Not only that, if you use the Javascript execution environment “Node.js”, it will extend to server-side development.

In addition, what can be realized with JavaScript is as follows:

JavaScript can be programmed at a minimum if you have a web browser and a text editor for writing code. In other words, the hurdle to start is low .

Also, since you can test on the browser, it can be said that it is a recommended language for beginners in that you can check the execution result immediately.

In comparison to other popular programming languages, the number of occurrences is currently dropping. However, there are still a lot of career opportunities, especially with Web-based enterprises.

Because development productivity is increased by utilizing an amazing framework called “Ruby on Rails,” many start-up firms have adopted it.

What you can do with Ruby

Web application development utilizing “Ruby on Rails” is common when it comes to Ruby.

You can also do the following using Ruby:

You can create it rapidly if you use the framework appropriately.

It is a language for web engineers and is recommended because it is easy for beginners to learn.

Java is a well-known programming language that has long been a top recruiter.

Companies that have implemented large-scale commercial systems are more likely to develop Java. Furthermore, Android applications may be written in Java.

What may Java be used for?

Java is a flexible programming language that can be used for everything from basic smartphone apps to large-scale system development.

The following are some of the things that Java can do.

It’s frequently utilized in the construction of large-scale corporate systems that need to be stable.

If you’re making an Android app, Kotlin, which I’ll cover in the tenth location, is also a good choice.

Because the compiler language is a little odd, learning it might be challenging for novices. As a result, setting up a programming environment and learning grammar may take some time.

However, learning Java will provide you with advanced programming abilities.

Because there is a variety of Java-related materials on the Internet and a learning environment in place, it will be simpler to clarify the viewpoint of study ease to some level.

Apple devices have high brand strength and there are believers all over the world, so use scenarios are projected to grow even more in the future.

What you can do with Swift

Apple Watch and Apple TV applications, as well as iPhones and iPads, use this framework.

Here’s an example of what Swift can accomplish:

Because online application development is also conceivable, the number of development sites where future web development will transition to Swift is likely to grow.

If you want to create apps for Apple gadgets, Swift is the language to learn.

We utilize “Xcode” for Swift programming, which is a Mac-only integrated development environment.

The Go programming language was created by Google. It allows for simple development and is lightweight and reliable.

As a result, it is easier to grasp than difficult-to-learn compiler languages like Java and C, making it suitable for novices.

Despite the fact that the number of job openings is currently tiny, it can be argued that it is a promising programming language in terms of future potential because demand is predicted to grow.

What you can do with Go

The following are the primary capabilities of the Go programming language.

As previously stated, web apps may be developed for different platforms.

Go is one of the most accessible compiler languages, and it isn’t object-oriented, which makes the notion itself tough to grasp, so even novices may pick it up quickly.

It is mostly utilized in Windows programs and games, but in recent years, it has also been employed in application development that incorporates cutting-edge technology such as virtual reality and augmented reality.

C # is also used in “Unity,” a game creation engine that has grown in popularity.

Programming languages relevant to game creation, such as C #, will be in high demand as flat-rate gaming services such as Apple’s “Apple Arcade” and the e-Sports business gain traction.

What you can do with C #

The following is a summary of what you can do with C #.

C # is a versatile language, so it covers all development.

In particular, the market for games is expanding, so it is expected that the value as a programmer will increase if C # can be used.

C-based languages are notoriously tough to pick up. Although C # is the smallest of the bunch,

On the other hand, there are numerous materials and learning resources on the Internet that explain C #. It is not that tough because the learning environment has been set to some extent.

TypeScript is a new programming language that was developed by expanding JavaScript.

It was created by Microsoft and is also known as a Google standard language. It’s a language with great aspirations as a contemporary replacement to JavaScript.

What you can do with TypeScript

TypeScript is virtually identical to JavaScript in terms of functionality. As a result, it may be built on both the client and server sides.

For engineers, TypeScript is also a statically typed language that reports problems at compile time, which is useful for engineers.

TypeScript has a more straightforward and understandable language than JavaScript. However, there are drawbacks, such as the structure being difficult to understand for novices and the lack of Japanese content.

It’s a good idea to start with JavaScript and then go on to TypeScript.

PHP is a relatively legible language that is also recognized as a beginner’s language.

On the other hand, even if the code is incorrect, it will function and unanticipated problems may occur.

What you can do with PHP

You may also organize a portion of the website, such as developing an inquiry form and a login feature.

WordPress, a website-building platform, Drupal, and so many other CMS platforms are PHP-based. W3Techs estimates that WordPress powers one-third of the world’s websites.

This demonstrates the significant need for programmers who are proficient in PHP.

PHP provides a wealth of online resources and is supported by a number of programming learning programs.

Because of its extremely legible programming language, it is recommended for novices.

Kotlin is an Android language that has been formally acknowledged by Google and is in great demand as a language for creating Android apps. It may also be used in the same way as Java.

The number of employment postings is minimal in comparison to Java, but the market share may progressively grow, for example, by moving Java projects to Kotlin.

What you can do with Kotlin

Kotlin is a programming language for creating Android apps.

The majority of Android apps are written in Java. However, as Kotlin’s popularity has grown, prominent IT businesses such as Yahoo and LINE have begun to use it.

It also covers web apps, so if you want to learn both Android and web app development, this is the course for you.

Because Kotlin is similar to Java, it is harder to learn.

It is, nevertheless, quite simple to learn because it can be developed with less code than Java and offers reasonably comprehensive learning and teaching tools.

List of the Best Useful Shortcut Keys for Windows 11

Got a New PC? You Must Install These Windows Software & Apps