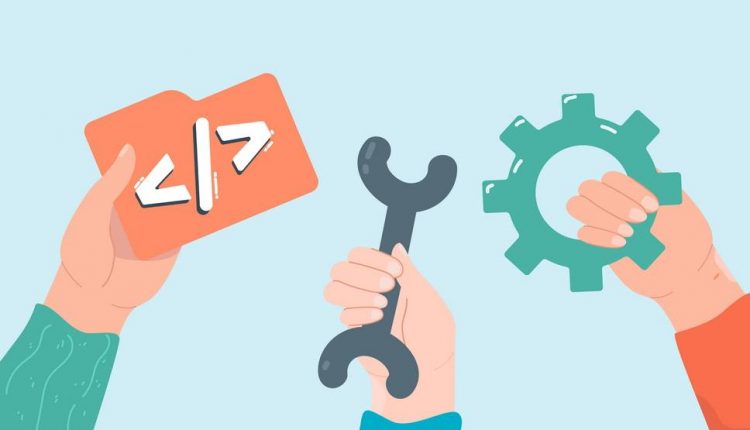 “What type of game development tools are simple to use but allow for efficient development in a short amount of time?” “What are some of the most useful tools used in game development?” Some people may be concerned about selecting the most appropriate instrument.

This time, we’ll go through 8 essential tools for game development that we suggest for those who work in the industry and are looking for new tools or who want to enhance their game production abilities by studying the tools.

What is a Game Development Tool?

Why Do You Need Game Development Tools?

Game programmers used to create software for their own game development. However, because implementation demands a high level of talent and effort, a game development tool was created to let you build high-quality games in a short amount of time.

The most significant benefit of game creation tools, particularly game engines, is that they provide the majority of the capabilities required to make a game. Most of the games actually developed use the game engine.

We’ll go through five game engines, including “Unity” and “Unreal Engine,” which are common game engines used in game production.

Unity Technologies’ game engine, which has the world’s greatest market share for game creation across all platform genres, Unity is estimated to be responsible for 34% of all popular free online games. Unity also produces popular games like “Pokemon GO” and “Dragon Quest VIII: Sky, Sea, Earth, and Cursed Princess.”

In addition to game development, Unity is utilized for a broad range of reasons, from children’s programming lessons to university research and hobbies.

It is powered by Epic Games’ game engine, which is utilized by several firms in addition to Unity. The Unreal Engine is also used in popular games like “Street Fighter V” and “Dragon Quest XI: In Search of the Passing Time.”

It is a 2D game engine that is mostly used for iOS and Android smartphone games. Chukong Technologies created this. Cocos2d-x also produces popular games like “Disney Tsum Tsum” and “Monster Strike.”

Cocos2d-x has these functionalities:

Crytek created the CryEngine gaming engine. CryEngine is responsible for games like “Far Cry” and “Crysis.”

It is suited for shooting games and other first-person game genres, but it enables a wide spectrum of game creation.

It’s an Amazon-provided gaming engine. A free cross-platform AAA game engine with AWS and Twitch integration that is fully open source. The Amazon Lumberyard is a significant upgrade over the CryEngine discussed before.

Git is a version management system for source code. Linus Torvalds created it for use in Linux kernel source code control. It is a mechanism that can store game development progress. It is no exaggeration to suggest that it is a necessary instrument, particularly in the field of multi-person growth.

Visual Studio is a Microsoft-developed and-provided integrated development environment. It is used to create websites, web apps, and online services, among other things, and by adding several extra components, it is possible to construct programs for other platforms like Linux and Android, in addition to Windows. is conceivable.

WebGL is an abbreviation for Web Graphics Library, which is a JavaScript API for displaying 3D and 2D graphics without using a special plug-in in a web browser. You can also create an interactive screen that matches the screen operation. It is designed and maintained by the non-profit organization Khronos Group.