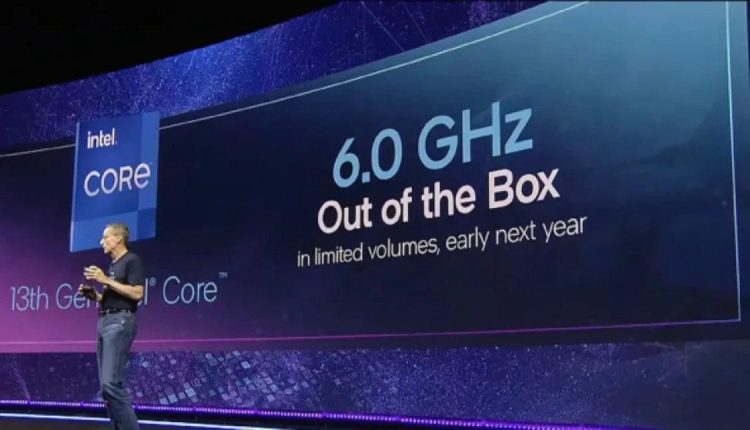 According to WccfTech, the latest benchmark of the six-GHz Intel Core i9-13900KS Raptor Lake processor has been revealed and shows up to 15% improvement over the AMD Ryzen 9 7950X.

The Intel Core i9-13900KS will be the world’s first 6GHz desktop processor, which seems to be 15% ahead of the AMD Ryzen 9 7950X so far. This processor is supposed to be released on January 12.

If you are going to install Windows OS on your computer, here is a list of Intel & AMD CPUs that Support Windows 11.

The Intel Core i9-13900KS processor will be the flagship of the Raptor Lake lineup and has 24 cores and 32 threads in 8P-Core and 16E-Core configurations.

The 13900KS processor can boost the frequency up to 6 GHz with “Thermal Speed Boost”, which makes it the first chip to get this frequency out of the box.

The Intel Core i9-13900KS processor will have 68MB of combined cache and 150W PL1 rating, which can go up to 253W and even beyond using extreme power profile modes.

While this isn’t a significant increase over the Core i9-13900K, the gold silicon makes it a very attractive processor for extreme overclockers and power enthusiasts.

As mentioned, this processor will have limited customers such as extreme overclockers, because the cost and power consumption ratio will make it an unreasonable processor. Finally, it can be said that Intel plans to show its superiority over its red-faced competitor by releasing this processor.